Like many other senior citizen homeowners, Phyllis Henry of Fayetteville, Pa., was applying for a property tax rebate for the first time this year.

For renters, the gross income limit remains at $15,000, said Penny Stoner, a legislative assistant for state Rep. Rob Kauffman, R-Franklin. The maximum rebate also was raised from $500 to $650, according to state Sen. Terry Punt’s office.

This year, the state also has extended the application deadline from June 30 to Dec. 31, according to Punt’s office.

“With the cost of living on the rise, a new sense of urgency prompted the legislature to double the size of the program,” Punt, R-Franklin, said recently.

Those eligible for the program include those 65 years of age and older; widows and widowers ages 50 and older; and people ages 18 to 64 on permanent disability. The maximum rebate is $650 for homeowners and renters making less than $8,000, limited to 20 percent of their rent or tax bill, according to the guidelines. 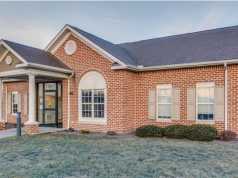